Why do these characters - Â Ã Â - that were not added appear on Event registration pages created using CKEditor?

We can't figure out why these characters - like Â Ã and Â - appear in our Event pages. The text is not on the page we created, obviously, right in Civi.

See the screenshots below - the first is this page in the Chromium browser on my laptop running Ubuntu.

UPDATE: The problem appears to be with the built-in version of CKEditor, see the second screenshot below. This code - &Acirc; - keeps getting re-inserted in to the page intro text source on Save after being edited out. 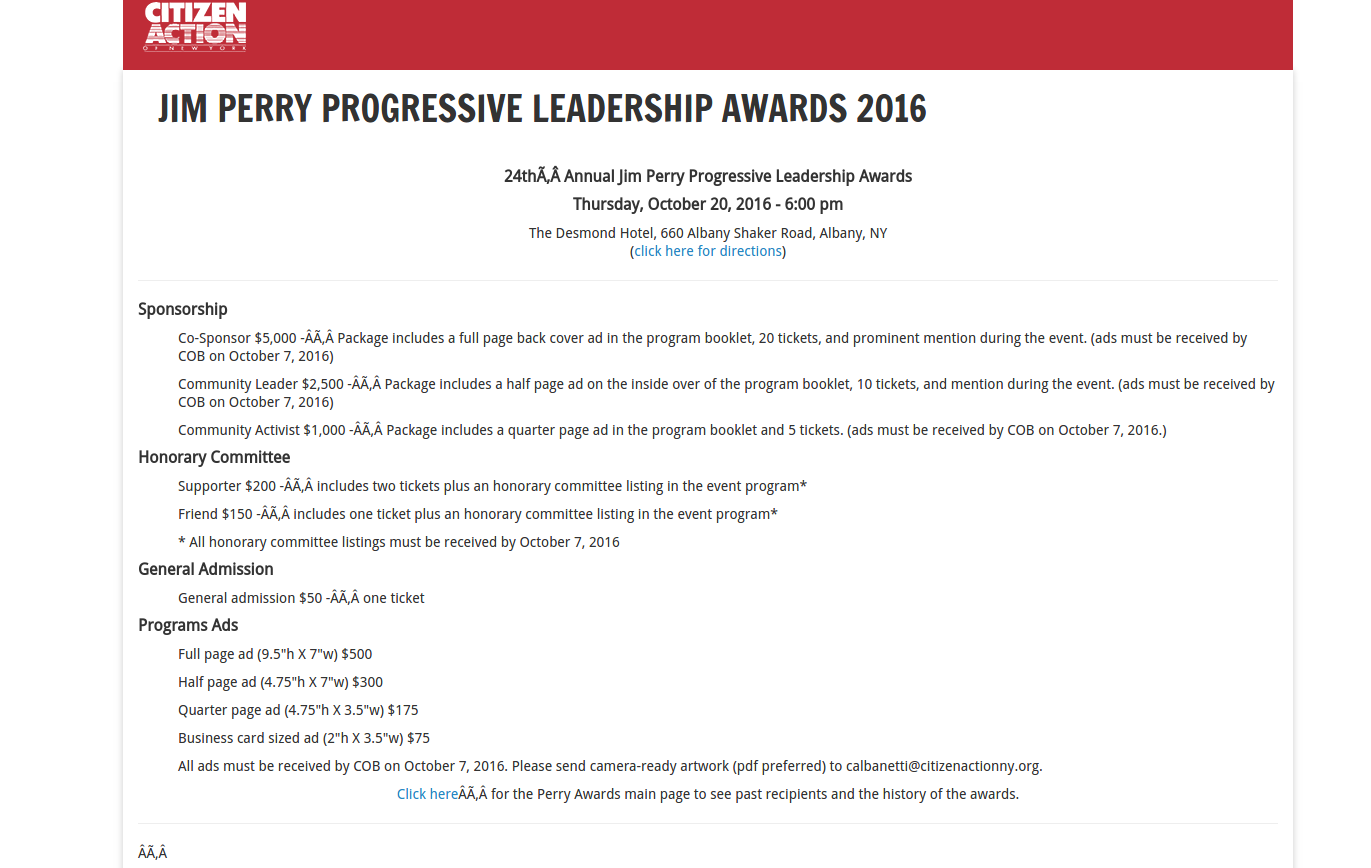 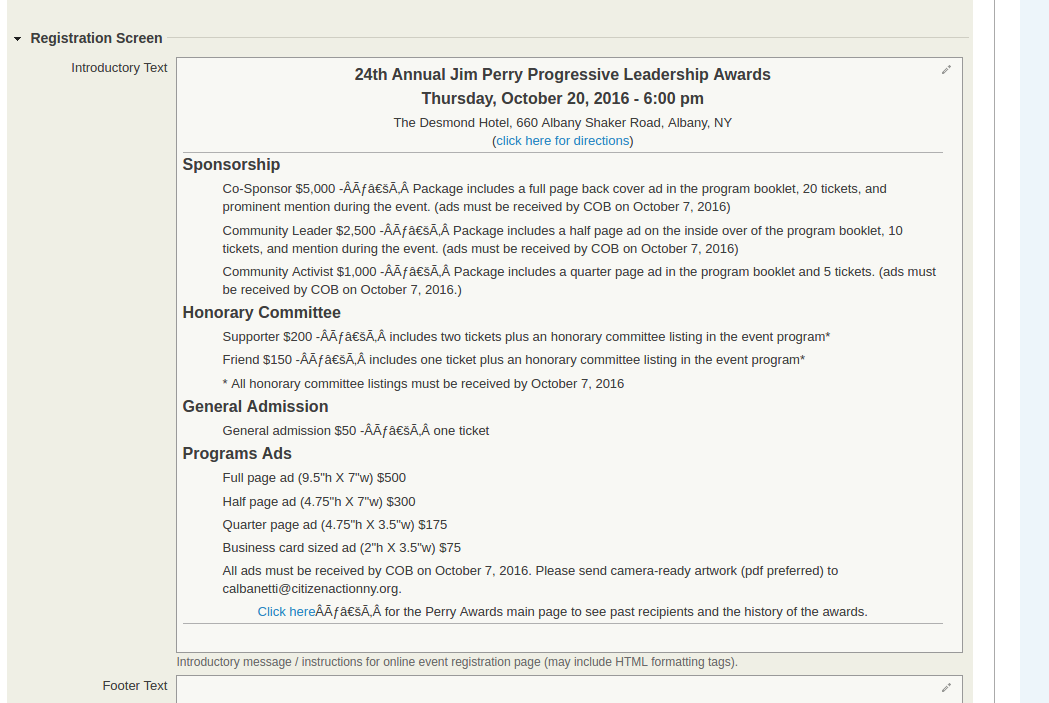 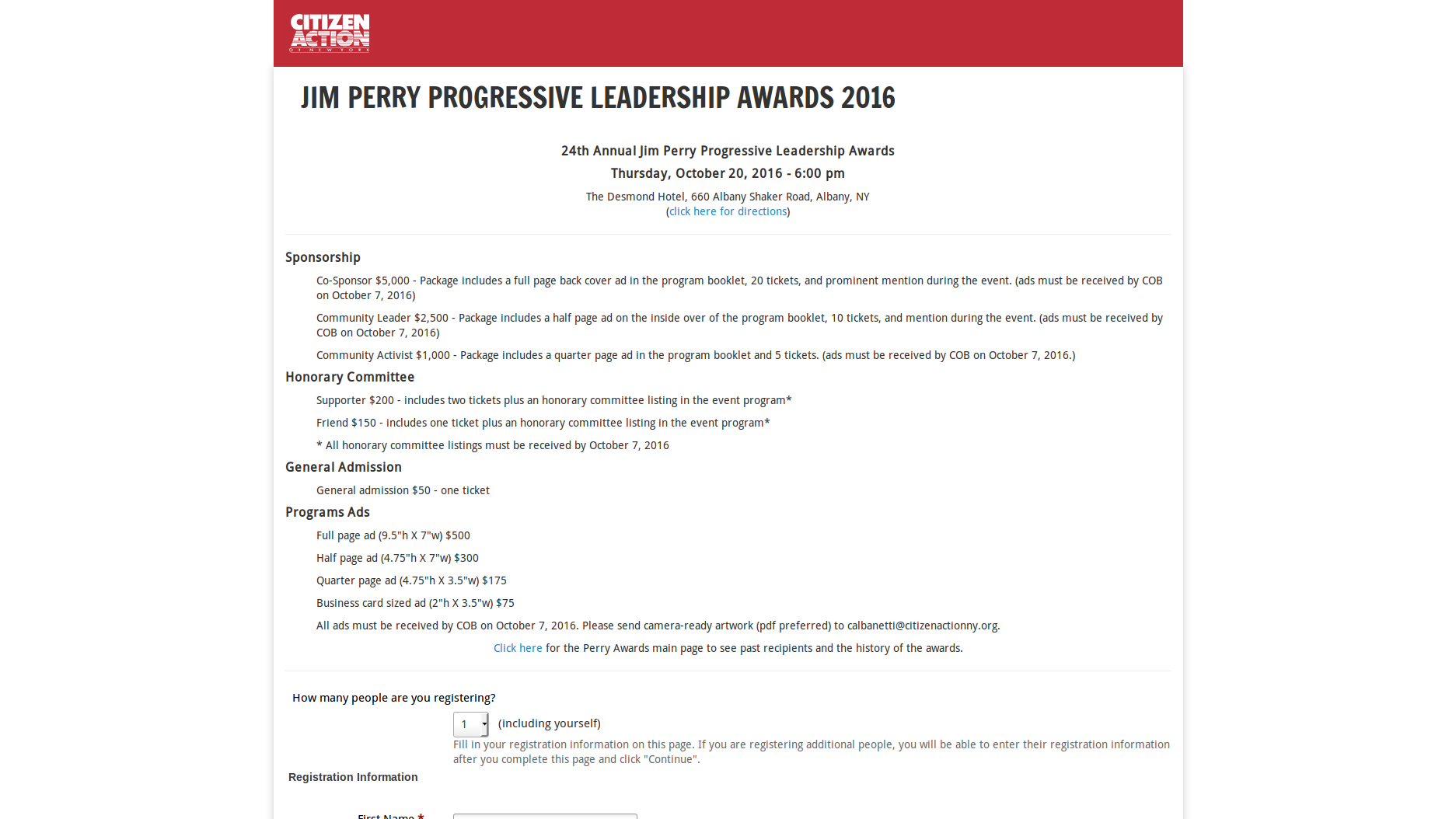 Looks like you are using an older version of CiviCRM. If you upgrade to 4.7 then you will get the latest version of CKEditor.

Or you could help review this issue to get it updated in 4.6LTS. https://github.com/civicrm/civicrm-packages/pull/166

If it says charset=latin1 or anything instead of utf-8 at the bottom then I'd guess that's your problem. You can see here for ways to fix it: https://stackoverflow.com/questions/2150256/how-to-change-all-the-tables-in-my-database-to-utf8-character-set

Edit: To save anyone reading all the comments, in this particular case it has something to do with ckeditor and character encoding. Workaround is use a different browser like firefox.

Not the answer you're looking for? Browse other questions tagged civievent drupal ckeditor or ask your own question.

2
Change order of custom profile fields on Drupal register page
1
Unable to Update Search Preferences After Upgrading to CiviCRM 4.7.28
1
CiviMail WYSIWYG not working
2
Why do I get `(Object) CRM_Contact_Page_DashBoard` at ~/dashboard?
1
CiviMail does not use the editor set in 'Display Preferences'
1
Civicrm update failed - from 5.19.2 to 5.29.0 - Drupal7 error log - page not found