Under individual contacts, I want to keep track of roles over time within my organisation's executive committee. So, every couple of years the Secretary, Treasurer, Chair, London Rep, Wales Rep etc etc. are newly elected.

I want to be able to record on a contact that they were the secretary from 1999-2001 for example, and then they were the chair from 2001-2004. I expect a full date will be used, but for simplicity we would usually just include the year, as most elections will take place at the AGM and therefore the same month every year. There are of course exceptions, where people resign mid-term.

I would also like to be able to record that they were the "X" role from 2016-present, and be able to display/view all the "Current" roles, based on them being "X" month/year to "present".

You can have different relationship types (roles) and they can be linked between individuals and organisations. A contact can also have multiple relationships.

And of course relationships include both a start and end date. 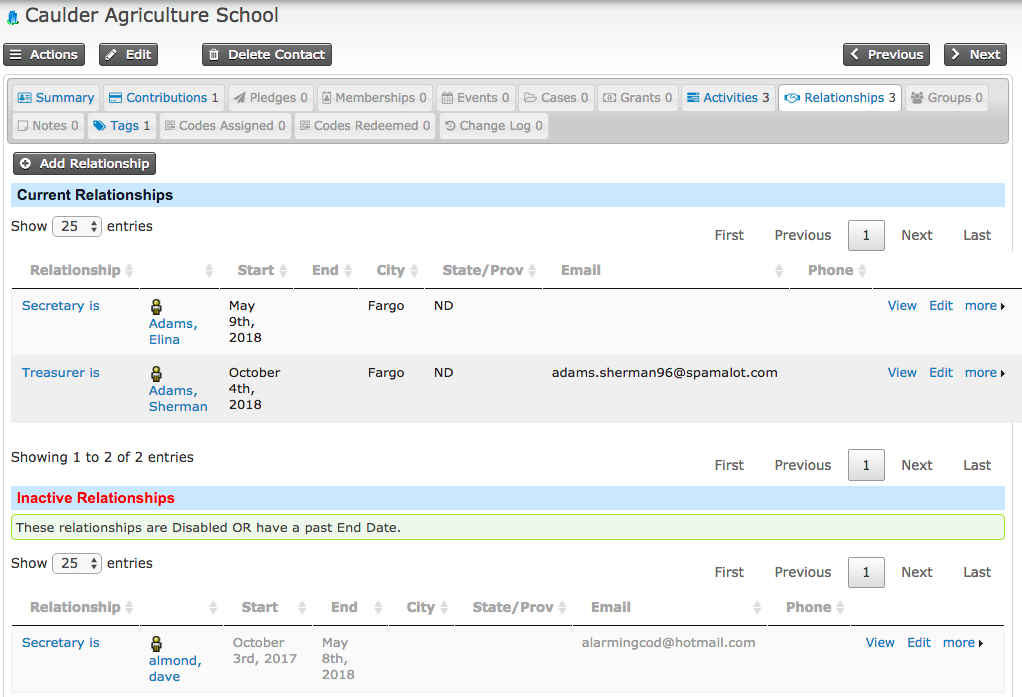 Not the answer you're looking for? Browse other questions tagged relationships tags roles or ask your own question.

5
How can I limit the participant role choice?
3
How to design ACL for a multi-level organisation
2
How can I hide contact tabs depending on user role?
1
Creating Smart Groups based on multiple relationship types
1
group role sync and membership role sync - does one take priority over the other?
2
Contacts: can one organisation be a 'child' of another?
3
Can webform be used to terminate one Case Role and create a replacement?
0
Can not add both Individual and Organisation to case
1
How can I generate a report for the financial transaction entered by USERS of certain "drupal Role"?
1
How to identify if a contact id is associated with an administrator role?