I've noticed that ever since we started taking online contributions (last summer) new members have been getting created with null start date and "member since" date. Offline memberships (created via the backend) work fine, and the membership statuses all seem to work correctly otherwise. The end date is also set correctly. I'm using both GoCardless and Stripe payment processors and the problem appears with both of them.

The practical upshot of this is that these members are not being counted in the membership summary dashboard - this is probably also a bug - either the schema should enforce these values not being null, or the dates shouldn't be used to calculate a "current" member.

In case it's relevant, here are the membership status rules:

There are similar issues described at Start/member since dates not being set since upgrade to 5.3.2 and Member Since and Start Date aren't being recorded in membership details but there is no resolution of either of those and they're both a few years old, so I figured a fresh report would not be a bad thing.

Edit to add screenshots of the contribution page (membership and profile sections): 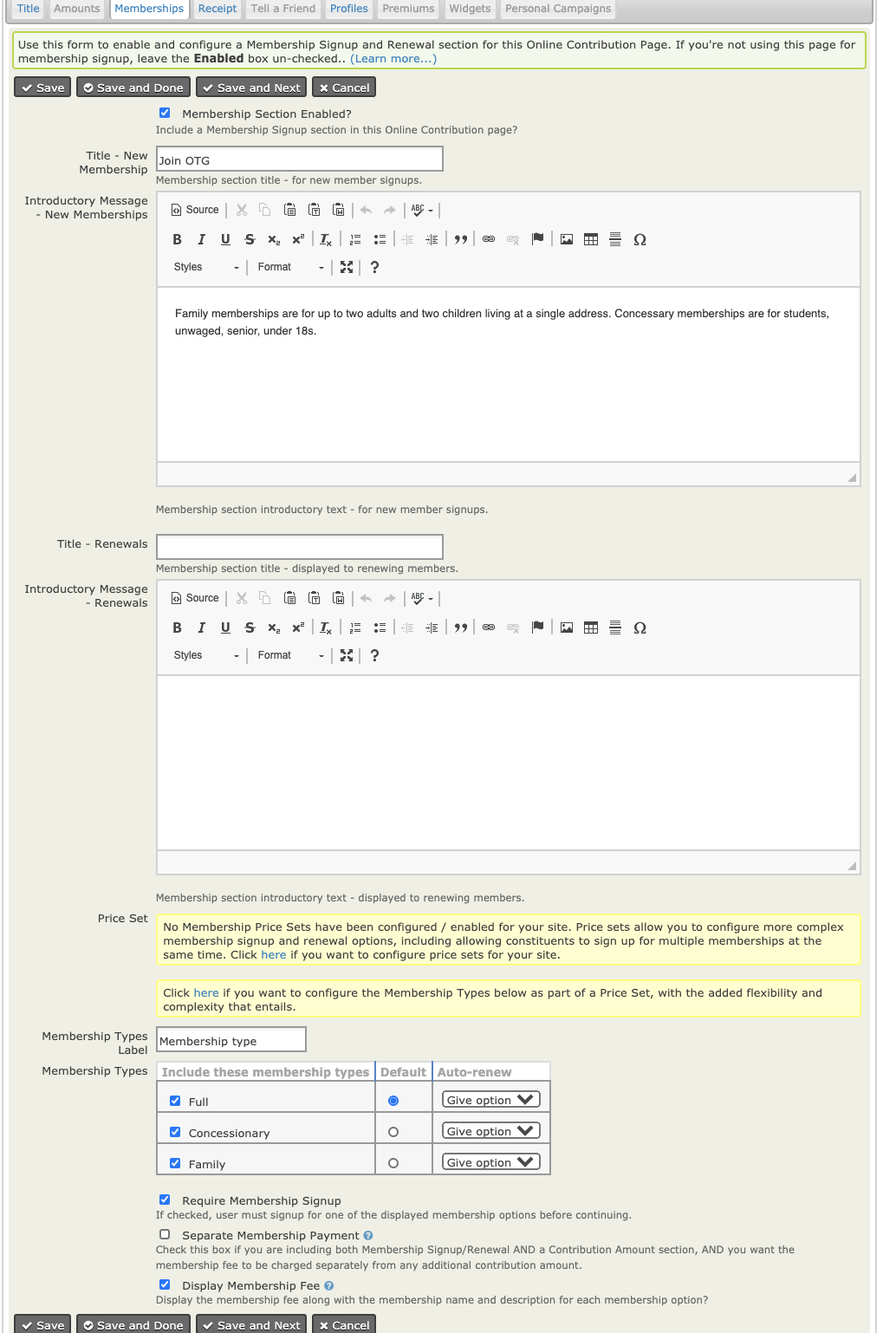 Some experiments I tried to rule out various causes

So have pinned it down to something in our live database at least, rather than anything basic with the environment or code deployment, but I've pored over the differences in settings and contribution forms from database dumps and found nothing promising.

This problem was seen on one of our sites and the issue was in the status rule page where Pending is selected as Member = Yes.

Pending is a reserved status that defaults to Current Member = No. Civi doesn't allow you to edit this status via UI but i see inline edit still works on these statuses. This is clearly a bug in core.

So i think it was unintentionally updated to Yes on your site since i see the same case on your attached screenshot.

Reverting this value back to No fixes the problem with the dates.

Not the answer you're looking for? Browse other questions tagged or ask your own question.

3
Start/member since dates not being set since upgrade to 5.3.2
2
Member Since and Start Date aren't being recorded in membership details